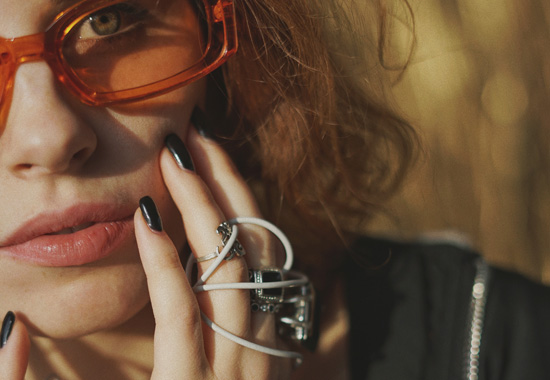 Amanda de Cadenet began her eclectic career in London at age fourteen as the host of a successful talk show, and later relocated to Los Angeles to raise her daughter and pursue acting.
After starring in several films it became apparent that life dehind the camera was what motivated de Cadenet. She promotly began to capture the cast surrounding her with a secondhand Leica M6, and a new career began to take shape.

Today, de Cadenet’s portraits and fashion images appear in a wide variety of publications. Her photographs were featured in her very first gallery show at Staley Wise in New York in 2005 which coincided with the release of her acclaimed photography book Rare Birds, named one of the 10 best books by American Photo.

Today she lives between NYC & LA with her husband, daughter and baby twins. As well as continuing to work as a photographer, she is working on her first feature film.